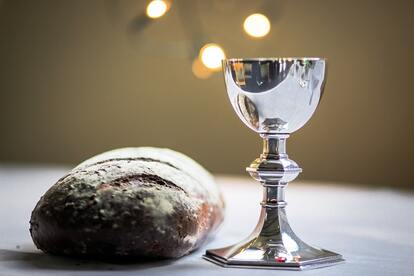 The word Eucharist (Eukharisteo) is the usual verb for "to thank, to be thankful" in the Septuagint and Greek New Testament.  The Christian Eucharist, known as the "Divine Liturgy" and the "Lord's Supper," commemorates the supper in which Christ took the bread and wine and enjoined His disciples to eat and drink it as his own Body and Blood.  This sacrament was ordained by Christ and passed on from the Apostles to the churches to be practiced in the community of the saints that we may experience the ­Risen Christ in our midst (see Matthew 26; Mark 14; Luke 22; John 6 and 13; Acts 2:41–47; 1 Corinthians 10–11).  The sacrament of the Eucharist is also called "Holy Communion" since it is the mystical communion of men with God, with each other, and with all God's elect through the Spirit of Christ.

The early church understood the bread and wine to be the real presence of Christ---His true Body and Blood mystically present in the meal as God brings them together as one.  The Eucharist then, for God's people, is the genuine Body and Blood of Christ, thus, by eating and drinking the bread and wine which are mystically consecrated by the Holy Spirit, we have genuine communion with God through Christ who is Himself “the bread of life” (John 6:34, 41).  Jesus said, "I am the living bread which came down from heaven; if anyone eats of this bread, he will live forever; and the bread which I shall give for the life of the world is my flesh." (+ The Gospel of St. John 6:51)

THE CHURCH uses The Western Rite liturgy.  Without exception, at THE CHURCH, the words of St. Paul are recited at the Lord's Table:  "For I received from the Lord what I also delivered to you, that the Lord Jesus on the night when He was betrayed took bread, and when He had given thanks, He broke it, and said, “This is My body which is broken for you. Do this in remembrance of Me.” In the same way also the cup, after supper, saying, “This cup is the new covenant in My blood. Do this, as you drink it, in remembrance of Me.” For as often as you eat this bread and drink this cup, you proclaim the Lord’s death, until He comes. Whoever, therefore, eats the bread and drinks the cup in an unworthy manner will be guilty of profaning the body and blood of the Lord." (1 Corinthians 11:23–26)

We also include the words of our Lord Jesus as recorded by St. Mark:

"And as they did eat, Jesus took bread, and blessed, and brake it, and gave to them, and said, Take, eat: this is my body. And he took the cup, and when he had given thanks, he gave it to them: and they all drank of it. And he said unto them, This is my blood of the new testament, which is shed for many. Verily I say unto you, I will drink no more of the fruit of the vine, until that day that I drink it new in the kingdom of God." And when they had sung an hymn, they went out into the mount of Olives. (+ The Gospel of St. Mark 14:22-26) 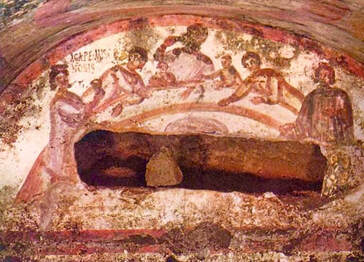 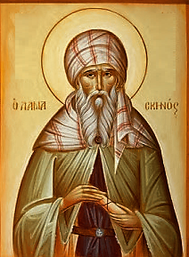 John of Damascus
"If you inquire how this happens, it is enough for you to learn that it is through the Holy Spirit ... we know nothing more than this, that the word of God is true, active, and omnipotent, but in its manner of operation unsearchable."  - John of Damascus
THE CHURCH - A Biblical House of Worship