​
​​
​"To Thee is due all glory, honor, and worship, to the Father, and to the Son, and to the Holy Spirit, now and ever and unto ages of ages. Amen."
"Welcome one another, therefore, just as Christ has welcomed you, for the glory of God." - Romans 15:7

+ THE CHURCH +
An Ancient Expression of the Christian Worship 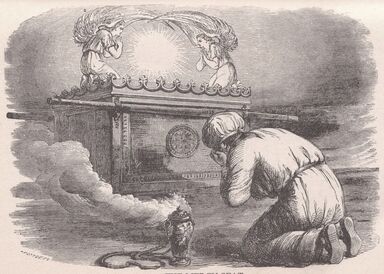 ​The Ancient Expression of Christian Worship.
​
Worship is reverent, humble adoration of God as practiced in the earliest churches.  The word "worship" comes from the ancient Hebrew word that means "reverence" or to "humbly beseech." Ancient worship ​is unadulterated reverence like that described in the Bible by the Psalmists (e.g., Psalm 5:7, 29:1-2, 45:11, 95:6, 96:9, 99:9, 138:2), by Jesus who taught us that those who worship God must worship Him in Spirit and in truth (John 4:24), and by the sacred traditions handed down to us through the centuries.

Worship includes enjoying God's presence and action in the midst of His people.  Worship in Christ's invincible church is Spirit-filled, Gospel-focused, reverential adoration to Father, Son, and Holy Spirit; worship that will not contradict or collide with Sacred Scripture.  Worship is a deeply personal experience that also involves the entire Church.  For Christians, worship is not a religious chore, but a privilege that is transformative, humbling, faith-building, and instructive in the ways of holiness.  It is imperative then that Christians approach the Almighty in worship by casting off all personal, 21st Century assumptions of worship so that the Word of God and the ancient Biblically-based church practices may prevail in our hearts as we seek Him in Spirit and in truth.
“Oh marvelous gifts of Christ!  On high the angelic choirs sing glory to the Lord; on earth, after their example, men sing in church the same canticle in choirs.  In heaven the seraphim sing aloud their Thrice Holy; on earth the same canticle resounds from the mouth of the assembled congregation.  Thus heaven and earth unite in a festive celebration; it is a hymnal celebration of Thanksgiving, of praise; it is a choir of common joy, which the unspeakable goodness of the Lord, in His great condescension to us, organized...”
+ St. John Chrysostom +

The Book of Psalms in our Bibles was God's inspired songbook for His old covenant people, Israel, and it served them for centuries in the worship to Yahweh, the God of Abraham, Isaac, and Jacob.  These same holy Psalms (in the Septuagint) were then embraced by the first century churches who adopted them as their beloved catalog of praise music!  St. Paul understood the vital importance of Psalm singing and so he wrote these words to the church in Ephesus (5:18b-20):  ". . . speak to yourselves in psalms and hymns and spiritual songs, singing and making melody in your heart to the Lord; Giving thanks always for all things unto God and the Father in the name of our Lord Jesus Christ; . . ." and to the Gentile church in Colossae, this same Apostle wrote:  "Let the word of Christ dwell in you richly in all wisdom; teaching and admonishing one another in psalms and hymns and spiritual songs, singing with grace in your hearts to the Lord."  The holy Apostles left the churches with a blessed, perpetual heritage of Psalm singing that continues long after their earthly ministries ended.

Here is a collection of important quotes from the early Church Fathers and theologians that prove Psalm singing was ALWAYS an integral part of Christ-centered worship in the one, Holy, Apostolic Church. 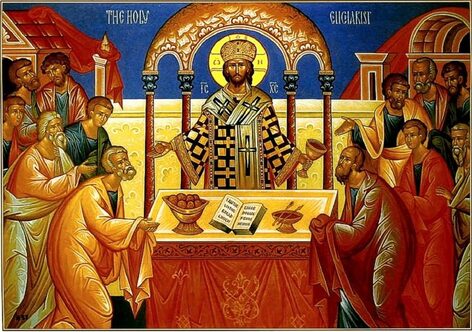 ​Worship in the Administration of the Sacraments

Baptism and the Lord’s Supper are two central sacraments mentioned in Scripture, given to the churches by the Lord Jesus.  Sacraments are not "bare signs and empty symbols" as Swiss Reformer Huldrych Zwingli asserted, and they are much more than mere material reminders or memorials of Christ's death.  Sacraments are sacred signs and seals of God's covenant of grace instituted by Him for our blessing now (by grace through faith) with a view of the Kingdom of God to come.
​
The living experience of the Christian sacramental and liturgical life is the outworking of Biblical Christian truth.  The Word of God is at the center of the Church’s life and the Divine Liturgy (acts of worship) and the Holy Eucharist (the sanctified bread of thanksgiving and the fruit of the vine) are living, didactic portraits of Christ in His Gospel.  The Christian Eucharist is a ceremonial meal that emerged from the Passover Meal of the Old Testament.  Jesus transformed the Passover repast into a sacred meal in remembrance of Him and of the deliverance He provides from the wages of sin and death.  While sharing Holy Eucharist, we call to remembrance Christ's perfect, finished work for our redemption: His sinless life, immense sufferings, atoning death, and His glorious resurrection.  in this respect, the Sacrament is indeed a  "reminder."  Much more than that though, in this sacrament we celebrate God the Son; the unseen Son of God ("Thine own of Thine Own") as our New Covenant Passover Lamb, Who delivered us from our captivity in sin and transferred us into the everlasting Kingdom of God.  Second century theologian, Ignatius of Antioch, referred to the Eucharist as "the medicine of immortality" because he recognized the grace of God imparted through it.  The Eucharist is the supreme means of theosis, since it is the sacrament through which people become the body of Christ, actualizing their union with the Head of the church.

According to the Scriptures, at the Last Supper before His crucifixion, Christ took the bread and the wine and He shared them with His disciples, telling them to eat and drink it as His own Body and Blood.  Since that supper, this sacrament  became the center of the Christian life as the experience of the ­real presence of the life-giving, risen Christ in the midst of his People (see Matthew 26; Mark 14; Luke 22; John 6 and 13; Acts 2:41–47; 1 Cor 10–11).  By eating the consecrated bread and drinking from the consecrated cup, we enjoy genuine communion with God through Christ who is Himself “. . . the bread of life” (John 6:26-51).

Worship in the Teaching of the Faith 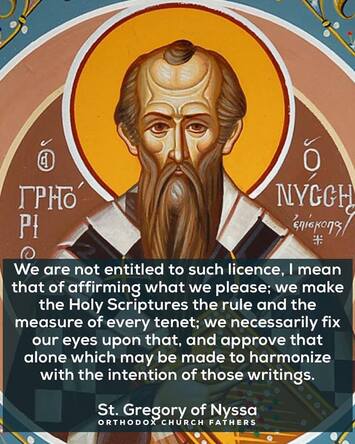 ​THE CHURCH proclaims the Gospel of Jesus Christ and the doctrines of the church.  An important part of Worship is the teaching of the Faith from the Sacred Writings and the New Testament.  A close relationship exists between right teaching and sacred worship in the Church (1 Timothy 4:1-11).  The Divinely inspired texts of Scripture teach us about God so that we may rightly worship Him "in Spirit and truth" (John 16:12-14; 1 John 4:5-6).  The Scriptures also instruct us to hold fast to the faith and traditions taught to us by oral tradition and the Apostles' written letters (2 Thess. 2:15, 3:6). ​​ Living Faith is expressed in worship, and worship serves to strengthen and communicate living faith to God.  For this reason, the prayers, Psalms, church doctrine, and liturgical ordinances are all didactic as they serve and edify us to the glory of God.
​
Acts 2:40-43 "And with many other words he testified and exhorted them, saying, 'Be saved from this perverse generation.' Then those who gladly received his word were baptized; and that day about three thousand souls were added to them. And they continued steadfastly in the apostles’ doctrine and fellowship, in the breaking of bread, and in prayers.  Then fear came upon every soul, and many wonders and signs were done through the apostles."

​
​The Bible speaks of fellowship among God's people and the recurring word we find in the Biblical text is the Greek word "κοινωνία" (koinonia).  Koinonia, often translated "fellowship" in many versions of the New Testament speaks of close relations between church friends where sincere, gracious dialogue and mutual concern are active and felt.  Christian fellowship, or koinonia, is rooted in our union with Christ (1 John 1:6-7).  At THE CHURCH, we are our brother's keepers and we strive to live as St. Paul instructed the church of Rome in Romans chapter 12; and to the Philippians, St. Paul wrote,

​
​Proverbs 11:30 says, "The fruit of the righteous is a tree of life; and he that winneth souls is wise."
The Lord instructed His disciples go and make disciples of all the nations, and to baptize these new believers in the name of the Father and the Son and the Holy Spirit (Matthew 28:19).  Once the Holy Spirit wins a soul to Christ with the Gospel, the church then must teach these new believers to seek Christ first in all things and to obey all the commands He's given to us (Romans 6:16-18; 2 Corinthians 2:9; Hebrews 5:9).  ​Here at THE CHURCH, we seek opportunities to share Christ with a dying world and help them grow to maturity in the faith once delivered to the saints, i.e., Holy Orthodoxy.
​
​+ "To Thee is due all glory, honor, and worship, to the Father, and to the Son, and to the Holy Spirit, now and ever and unto ages of ages. Amen."  ​+